PRAISE OF LAZINESS
As an artist, I learned from both the East (socialism) and the West (capitalism). Of course, now when the borders and political systems have changed, such an experience will be no longer possible. But what I have learned from that dialogue, stays with me. My observation and knowledge of Western art has lately led me to a conclusion that art cannot exists any more in the West. This is not to say that there isn’t any. Why cannot art exist any more in the West? The answer is simple. Artists in the West are not lazy. Artists from the East are lazy; whether they will stay lazy now when they are no longer Eastern artists, remains to be seen.
Laziness is the absence of movement and thought, just dumb time – total amnesia. It is also indifference, staring at nothing, non-activity, impotence. It is sheer stupidity, a time of pain, futile concentration. Those virtues of laziness are important factors in art. Knowing about laziness is not enough, it must be practiced and perfected.
Artists in the West are not lazy and therefore are not artists but rather producers of something….. Their involvment with matters of no importance, such as production, promotion, gallery system, museum system, competition system (who is first), their preoccupation with objects, all that drives them away form laziness, from art. Just as money is paper, so is gallery a room.
Artists from the East were lazy and poor because the entire system of insignificant factors did not exist. Therefore they had enough time to concetrate on art and laziness. Even when thay did produce art, they knew it was in vain, it was nothing.
Artists from the West could learn about laziness, but they didn’t. Two major 20th-centery artists treated the question of laziness, in both practical and theoretical terms: Duchamp and Malevich.
Duchamp never really discussed laziness, but rather indifference and non-work. When asked by Pierre Cabanne what had brought him most pleasure in life, Duchamp said: “First, having been lucky. Because basically I’ve never worked for a living. I consider working for a living slightly imbecilic from an economic point of view. I hope that some day we’ll be able to live without being obliged to work. Thanks to my luck, I was able to manage without getting wet”.
Malevich wrote a text entitled “Laziness – the real truth of mankind” (1921). In it he criticized capitalism because it enabled only a small number of capitalists to be lazy, but also socialism because the entire movement was based on work instead of laziness. To quote: “People are scared of laziness and persecute those who accept it, and it always happens because no one realizes laziness is the truth; it has been branded as the mother of all vices, but it is in fact the mother of life. Socialism brings liberation in the unconscious, it scorns laziness without realizing it was laziness that gave birth to it; in his folly, the son scorns his mother as the mother of all vices and would not remove the brand; in this brief note I want to remove the brand of shame from laziness and to pronounce it not the mother of all vices, but the mother of perfection”.
Finally, to be lazy and conclude: there is no art without laziness.
WORK IS A DISEASE – KARL MARX  (Mladen Stilinović)
WORK IS A SHAME  (Vlado Martek)
Mladen Stilinović, 1993
Translated by Marija Maruši 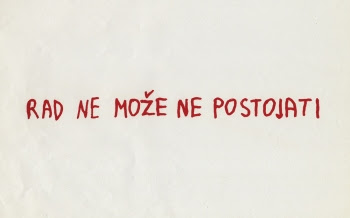 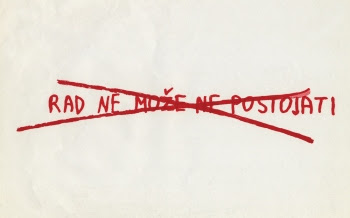 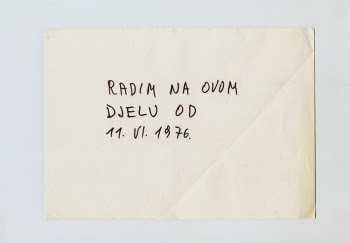 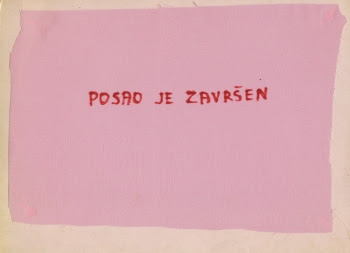 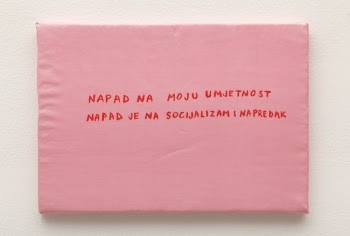 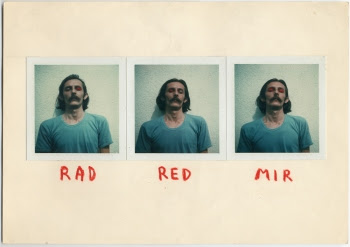 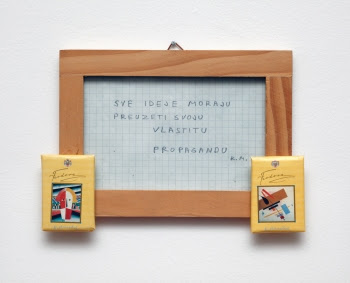 All Ideas Must Appropriate Their Own Propaganda, (K. M.) 1998 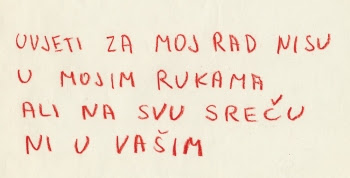 The Conditions for My Work Are not in My Hands but Fortunately They Are not in Yours Either, 1979 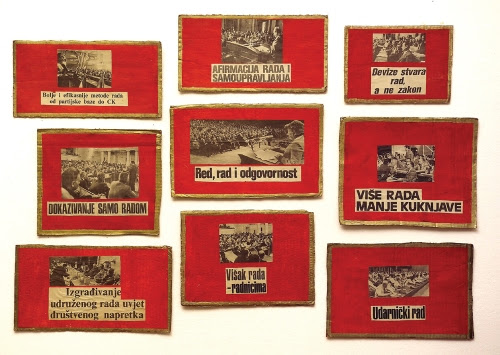 On Work, 1980-1984
[Better and more effective working methods from party basis to the Central Committee / Affirmation of work and self-government / Foreign currency creates work and not the law / Proving oneself via work only / Order, work and responsibility / Work more, complain, less / Construction of associated labor as a precondition for social development / Labor surplus – to the workers / Sock work] 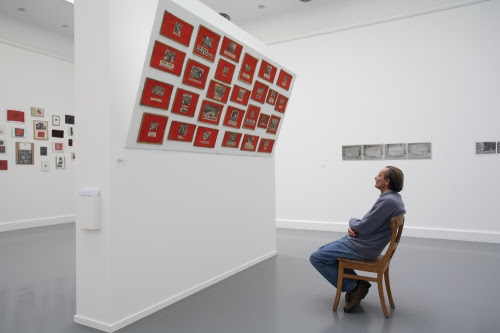 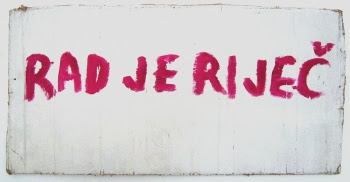 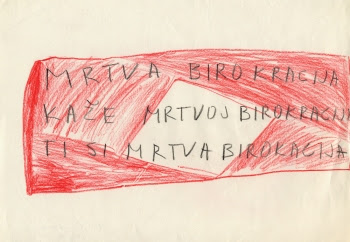 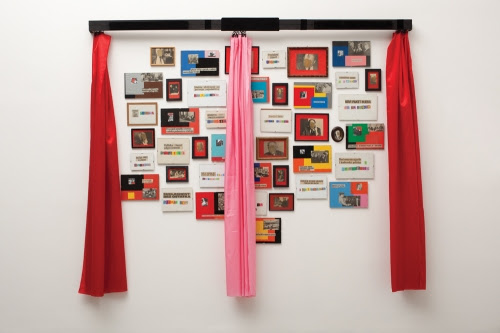